Have you ever thought about significance of wearing jewelry? What positive effects it can bring in general to our body or mind?

If we look back in history, then we can see various types of jewelry that have been worn by people of ancient times. And a question arises that they worn it not only for aesthetic appeal but also for imbibing something divine from these pieces.

Because as we know people of different civilisations had a better intuition than we have now and also  were more informed about the nature of divinity.

So, today I would like to continue telling you about India and about healing and spiritual effects of wearing such kind of pieces. History of Indian Jewellery is as old as the history of the country itself.

It is well-know fact  that Indian people  attach much importance to jewelry. What’s more the jewelry design is so versatile in India that it varies from state to state. The sheer number of items forming the jewelry of an Indian woman is numerous, ranging from earrings and necklaces to pieces for adorning the hair, hip, feet, and feet.

The first spiritual piece we start our post  is “Rudraksha”

A rudraksha, Sanskrit: rudrākṣa (“Rudra’s Tear Drops”)  is the seed of the Eliocarpus ganitrus tree and plays an important role in a spiritual seeker’s life.These treees usually grow usually at a certain altitude in the mountains – mainly in the Himalayan region.Unfortunately, most of these trees were used to make railway sleepers, so there are very few of them remaining in India. Today, they are mostly found in Nepal, Burma, Thailand or Indonesia. They are there in some parts of the Western Ghats in South India, but the best quality ones come from a certain altitude in Himalayas because somehow the soil, atmosphere, and everything influences it. These seeds have a very unique vibration.

Rudraksha beads are a plant product, containing carbon, hydrogen, nitrogen, oxygen and trace elements in combined form. The percentage compositions of their gaseous elements were determined by C-H-N Analyzer and by Gaschromatography. The result shows that Rudraksha beads consist of 50.031 % carbon, 0.95% nitrogen, 17.897% hydrogen and 30.53% oxygen.

One legend says that  Lord Shiva (the god of eternal cycle of creation and destruction) who is also known by the name “Rudra” According to Shiva puran, once lord Shiva went into deep meditation for a long period for the well-being of all living beings. After waking from the state of meditation, he opened his eyes and instantly tear drops fell on the earth. On reaching the ground, tear drops took the form of a seed which later grew into Rudraksha tree.

Lord Shiva is always portrayed wearing rosary of Rudraksha beads on his head, arms and hands. With this came the religious, spiritual, physical and materialistic significance of Rudraksha. This further brought it to lead the path to spiritual enlightenment and liberation. Thereafter came the use of holy Rudraksha beads by Shiva devotees.

Later the merits of Rudraksha were evidenced in the late 1960s by a group of scientists lead by Dr. Subas Rai PHD Institute of Technology University in Banaras India. Dr. Roy’s research boosted that as scripted in the scriptures, Rudraksha indeed possess Powerful Electromagnetic, Paramagnetic and Inductive Properties confirmed that the healing powers of Rudraksha beads flow from their electro-magnetic properties.

These beads possess a great deal of properties. For example, it is a kind of shield against negative energies.Rudraksha is also useful for those who  who suffer with undesired irritability, anger and anxiety, mental illness. Moreover it get characteristics of gold, copper & electro magnetic power, which is energized by cosmic rays and transmit in to human body for perfect health due to its good conductor properties. It is believed that rudraksha  provide good support for those who are constantly on the move and who eat and sleep in a variety of places. This is because it is claimed to create a cocoon of the wearer’s own energy.

More  interesting information about Rudraksha, you can see in this video

How to wear it,what precautions to take, you can watch about it in the second video about Rudraksha

Another important symbol piece that  can be named as spiritual is Om pendant.

Om is a sacred sound and a spiritual icon in the Indian religions. It is also a mantra in Hinduism, Buddhism and Jainism. 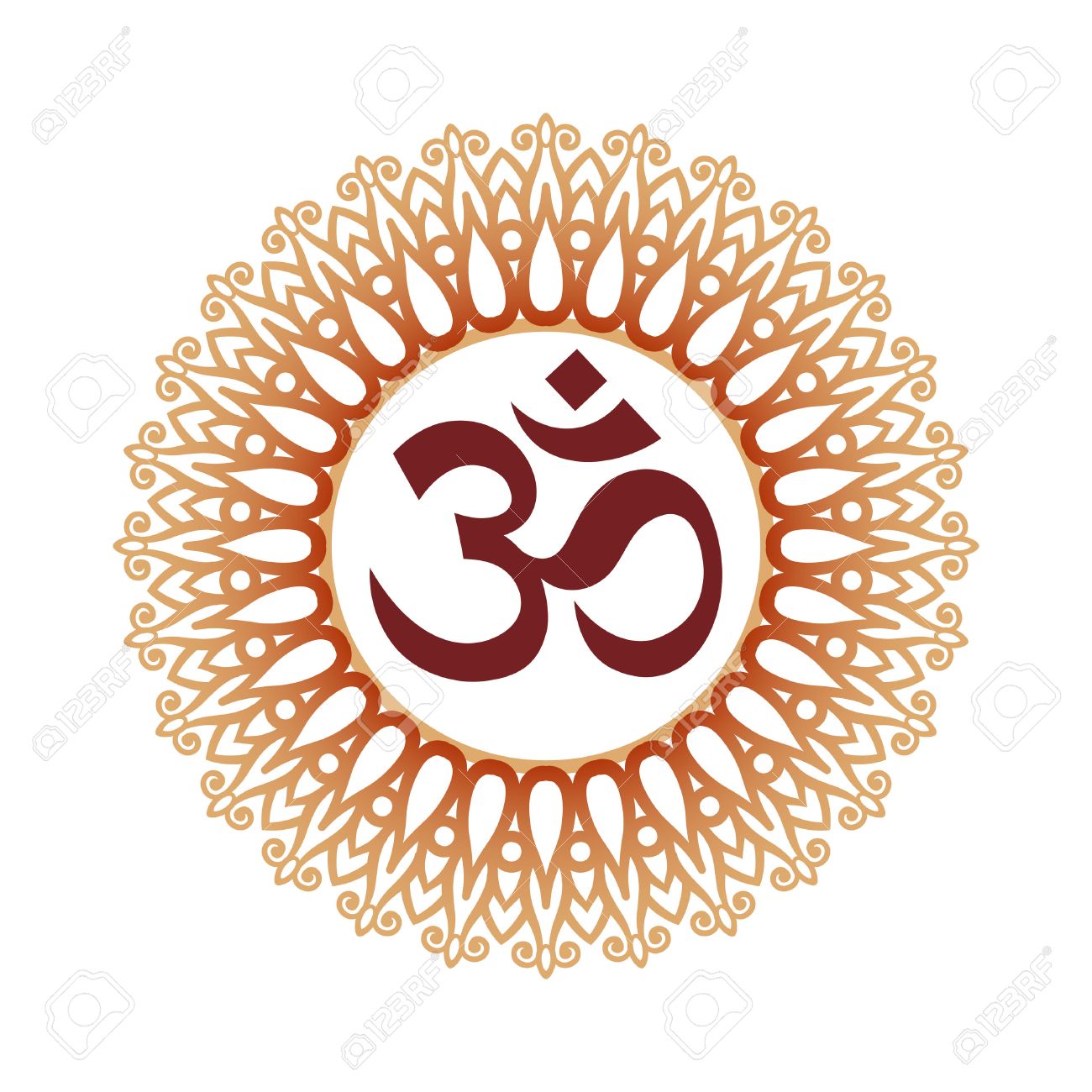 At the end of AUM is a pause, a silence. This represents the state known as Turiya, or Infinite Consciousness.

The visual symbol represents the meaning of AUM

The symbol OM visually consists of three curves, one semicircle, and a dot.

The large bottom curve symbolizes the waking state, A.
The middle curve signifies the dream state, U.
The upper curve denotes the state of deep sleep, M.
The dot signifies the fourth state of consciousness, Turiya.

Om Pendants as Amulets and their popularity all over the world

The Om of most brands are normally worn around the neck as amulets. Their makers claim that they do protect the heart of the wearer from external attacks. In fact, the pendants serve as charms you can always use to protect yourself. This has been the belief in the Tibetan and Hindu cultures and other regions where the Buddhist religion is being practiced. 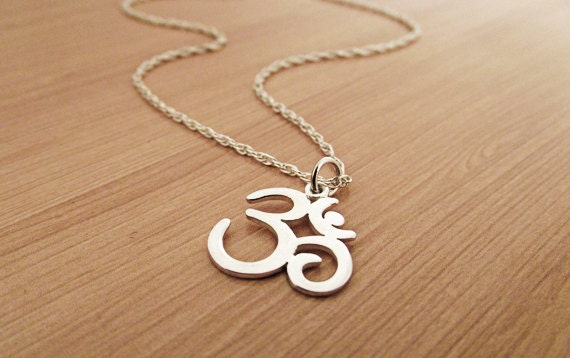 Today, the pendants are used all over the world. Many people who wear them do believe in the hidden powers attached to the “om” symbol. A good number of fashion lovers believe in the hidden powers of the Om pendants irrespective of the stand of their own religions. Today, the Om pendants are very popular in most Asian cultures especially, Japanese, Chinese, Tibetan and so on. In Africa, they are popular in Egypt. They are also causing waves in the Western world.

Morever ,Om has an association with Ganesha. The physical form of Lord Ganesha is said to be that of OM.  The upper curve, of OM, is identified with the head or the face of Ganesh. The Lower curve his belly. The twisted curve, on the right side of OM is the trunk.

Ganesh is highly worshiped in Hindu religion and considered as the remover of all obstacles, embodiment of wisdom and the god of success, the patron of arts and sciences and the divinity of intellect and wisdom. A pendant with Ganesh as an idol is just like a talisman designed to bring good luck in personal life as well as professional ventures.

So if you are striving for carreer succes, it would be essential to buy this piece. Personally, I have a little st
atuette of this Indian God and I put it on my writing desk where I usually work or read books.Because as I ‘ve already told, Ganesha helps people who seeking for knowledge and those who want to achieve success in life.

Saved from www.augrav.com   A full figure Lord Ganesha Diamond Pendant with striking ruby gemstone studded in its crown. The fine detailing using white gold and diamonds bring out the best in this religious gold pendant.

Lotus  is a sacred flower of Indians

This flower is known to be associated with purity, spiritual awakening and faithfulness. The flower is considered pure as it is able to emerge from murky waters in the morning and be perfectly clean.So, It is considered to represent a wise and spiritually enlightened quality in a person; it is representative of somebody who carries out their tasks with little concern for any reward and with a full liberation from attachment.

Saved from www.pinterest.com A beautiful silver lotus necklace with zirkonia.

It is very interesting how the open flower and the unopened Lotus bud forms are associated with human traits. The unopened bud is representative of a folded soul that has the ability to unfold and open itself up to the divine truth.

So, if you are aiming to get spiritual awekening, you should search for lotus pendants. I find them really beautiful and tender. 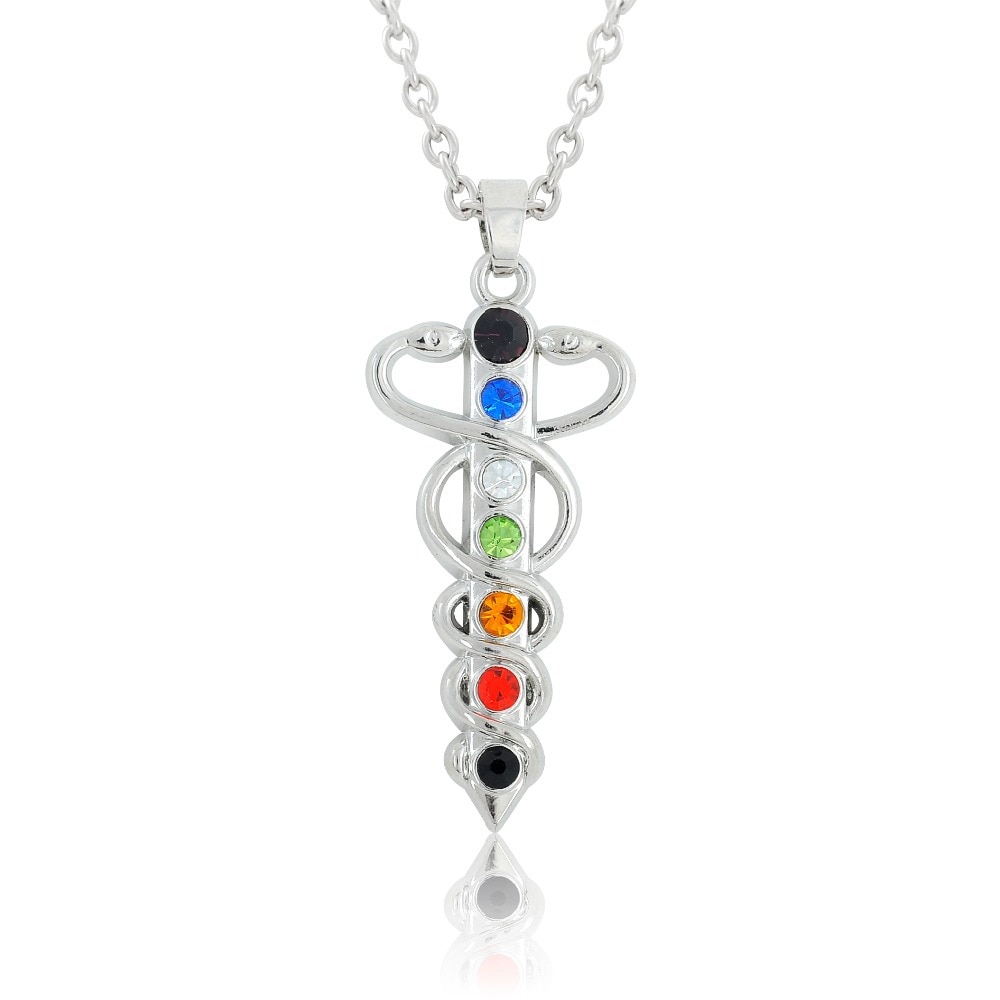 Everybody heard the word chakra. But what does it mean? The word Chakra  derives from the Sanscrit word meaning “wheel,” as well as “circle” and “cycle”. It’s described by many as a spinning wheel of light. Of the many chakras within the human body, seven have been identified as major.

In the picture below, you cann see chakras in human body and colours that corresponds them.

A chakra pendant that incorporates all seven color stones follows the purple stone by indigo, blue, green, yellow, orange and red stones. These stones represent the crown, brow, throat, heart, solar plexus, spleen and root. There are a variety of gemstones that can be used for each color. For example, the root chakra, associated with the adrenal gland, can be balanced using ruby, red jasper or flame agate stones. The brow chakra, associated with the pituitary gland, can be balanced using sapphire, azurite or lapis lazuli stones.

I hope that my post was informative and you already know what jewelry pieces you would like to get. Maybe you wear some spiritual jewelry and you’ve already noticed some healing properties or just positive effects. Don’t hesitate and write your comments here.We are always glad to read comments and proposals from our readers.

In Nammu we count with this Indian inspired jewelry necklace. At your disposal at Swarovski Elements Necklace.