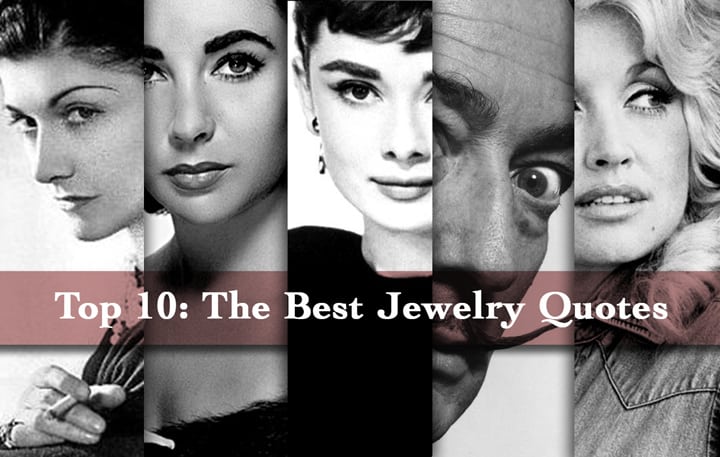 There so many influential people In the world, who have gone down in history for their incredible lives or legacies, this is the case of astronaut Neil Armstrong, who said: ” its is small walk for a man big for humanity “ when he arrived on the Moon on July 20, 1969, or Stephen Hawking, an important British physicist, who by the way died recently, this past March 14, Mr. Hawking made great advances in the world of science, and he left a large number of famous phases, but there is one that I particularly love: ” Quiet people have the loudest minds”. It is not surprising that in the passionate and glamorous world of fashion there have also emerged incredible characters, as i mentioned before, they have transcended through time to become icons of Pop culture and synonyms of elegance with their interesting lives. Here I share the best phrases of the most relevant characters:

Norma Jeane Baker or better known by her pseudonym Marilyn Monroe, was not only one of the most beautiful women in history, she also had a high IQ (162) beating Einstein (160) or Stephen Hawking (152). She interpreted the song with perhaps the most famous phrase in the world of jewelry, but in reality this song used in the famous musical “The Gentlemen Prefer Blondes”, was written by the British-American composer Jule Styne, who composed others very famous songs, like “Let it Snow! Let it Snow “, but it is inevitable to give the prominence to this iconic American blonde

Jennie is an American designer. During childhood he trained as a classical violinist, studying with several recognized characters in that area. Later she directed her professional career to the field of corporate law, after several years as a lawyer and with the birth of her twins, she was reborn in her passion for creativity and that is when she decided to return to the artistic field with the creation of  Jennie Kwon Designs.

Audrey Hepburn was the stage name of Audrey Katleen Ruston. Actress, model, dancer and activist born in Belgium in 1929. She is considered the greatest female legend in the history of American cinema, but more importantly, she was also known for her humanitarian work at Unicef, she collaborated with communities in need as Africa, South America and Asia between 1988 and 1992 and awarded the Presidential Medal of Freedom in recognition of her work as Ambassador of the Goodwill of UNICEF in 1992, a few months later, at the age of 63, dies from colon cancer, in Switzerland. Despite of the ostentatiousness of the phrase, she always stays far of the world of fashion. Her images was natural elegance, non-ostentation of jewelry, or costumes.

The love for the pearls of the emblematic haute couture designer and creator of the house Chanel is well known. She was one of the most important dressmakers in history during World War II, she was a pioneer in the trend of an informal, simple and comfortable clothing style, very different from the one that the society was accustomed to, this brought many controversies around her, not only for that, also for having contributed to the Nazi Secret Police (Gestapo), during the German occupation in France, which made her competitors use this information to give her a bad name, however, after that difficult time, she managed to claim the position of her brand until she die in 1971, her fame remains until our days.

This French designer has a large number of famous phrases. For example: “You triumph with what you learn”, “Less is more”, “Simplicity is the key to true elegance”, “In order to be irreplaceable one must always be different.” or “It is not the appearance, it is the essence, it’s not the money, it’s the education, it’s not the clothes, it’s the class.”

It seems to be a law of nature. Indeed it is, if you look at the latest developments in cosmology there’s a law that is imposed on the rest: ”The universe is not perfect” Maybe it is out of subject, but I will do it. It’s good to be a blog, and not a magazine.  Gravity is a perfect universe creating a perfect stability, and when there’s only imperfections the universe starts moving. Fascinating, right?

The difference between false memories and true ones is the same as for jewels: it is always the false ones that look the most real, the most brilliant - Salvador Dalí Click To Tweet

Salvador Dalí, this memorable Spaniard, painter, sculptor, set designer, maximum representative of surrealism, had the opportunity to work with great and renowned characters such as Alfred Hitchcock, Walt Disney and Luis Buñuel. He was characterized by a great imagination and by his remarkable tendency to narcissism whose objective was to attract the attention of the public and generate controversies around him, he took his creativity also to the field of jewelry. Mouths made with rubies and pearls, watches that lose their consistency, among other pieces. Some of the most significant have been reproduced as costume jewelery with excellent design by the Gala – Dalí Foundation.

Kahlil Gibran, was a poet, painter, writer, novelist, essayist and theologian, who lived in Lebanon and later in the United States. He died in April 1931 because of cirrhosis of the liver and tuberculosis. He was characterized by its rebellious style of writing. He is considered a literary hero, both in Lebanon and in the United States, he became popular in the 60’s, with his most famous book “The Prophet” and the emergence of the American counterculture and later the “New Age” movement, this book is one of the most famous bestsellers in history. Elvis Presley was very impressed by his book and is said he given copies of this book to his friends and colleagues. Among the most famous phrases are the following: “To understand the heart and mind of a person, look not at what he has already achieved, but at what he aspires to” or “At the heart of every winter lives a pulsating spring, and behind every night, comes a smiling aurora.”

Warren Buffett has created his own empire to become one of the richest people in the world (the third according to the Forbes list). And he is considered one of the biggest investors in the world. He is also famous for donating a large part of his fortune to charity, and for his simple lifestyle. For example, he lives in the same house where he lived before creating his great fortune. They say that much success can be attributed to inactivity. Most investors do not resist the temptation to buy and sell constantly, but the cornerstone should be lethargy, bordering on laziness.

I adore wearing gems but not because they are mine. You can't possess radiance, you can only admire it -Elizabeth Taylor  Click To Tweet

Elizabeth Taylor had one of the most impressive collections of jewelry. Many of them have been auctioned recently acquiring prices of more than one million euros per piece. And a total of more than 120 million euros. It has been valued not only the quality of the piece, but the history of each piece. No item remained to be sold. Taylor has one of the most emblematic phrases: “You can’t cry on diamond’s shoulder, and diamond’s don’t keep you warm at night, but they are sure fun, when the sun shines“.

The last quote corresponds to the famous American singer Dolly Parton. The beautiful singer sparked some controversy for her usual and intensive plastic surgeries. Along with Beyoncé is the most nominated singer to the Grammy. She has a brilliant sense of humor, and warm at the same time. She knows how to appreciate the best of everyone, and take with some humor the criticals. For example, calling Dolly the first cloned sheep in the United States.

All these phrases have been conceived under quite singular lifestyles and personalities, none of these characters was immortalized due to their great eloquence.

Actually I got myself with so many relevant phrases, I’ share some some others …

“Diamonds can be a girl’s best friend, but pearls will make you shine like the moonlight” – Coco Chanel

“ Costume jewelry is not made to give women an aura of wealth,
but to make them beautiful” – Coco Chanel

“If I were a woman, I would wear the same dress for a month and only change my hat and gloves. Maybe the shoes too. Although in reality are the jewels that modifies an outfit” – Manolo Blahnik

“Jewels move people’s minds away from your wrinkles” – Sonja Henie

“Where the taste is lacking, gold and silver are worth nothing” – popular saying

“The secret of my success? You just paint women smaller and their jewelry bigger” – Kees Van Dongen

Of all these phrases, what has been your favorite? Do you have any other that you want to share or that you would add to the list? I’d love to read your opinion about it, thanks in advance for sharing your comment. And if you liked the post, please share it and subscribe to our newsletter to receive more free posts.